Posted by admin In Windows

Are you thinking about installing new windows in your home at some point in the near future? Outside of picking the type of Union City, CA replacement windows you want, you’ll also need to choose the right time to have your window installation done. While you can have windows replaced at just about any time of the year, there are certain times that are better than others.

One great thing about living in California is that you won’t have to worry too much about installing new windows in the winter if you have to. Winter window installation in California doesn’t present problems like it does in colder parts of the country. But there are still some times that are more ideal for window installations than others in Union City, CA. Here are tips for choosing the right time to install replacement windows.

Pick a time of year when it’s not too warm or too cold outside. 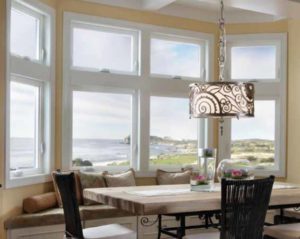 When you make the decision to install new windows in Union City, CA, it’s a good idea to do it during a time of the year when it’s not too warm or too cold outside. That usually means picking a time during the late spring or early fall. If it’s too warm outside during your window installation, it could make your home unbearably hot and force your HVAC system to work extra hard to bring the temperature down later. If it’s too cold, it could also make your home uncomfortable and put an unnecessary strain on your HVAC system. April, May, September, and October are usually some of the best months to install new windows.

Steer clear of installing windows during the rainier months in Union City, CA.

There are certain months that are a lot rainier than others in Union City, CA. While the precipitation levels obviously change from year to year, it tends to rain seven or eight days out of the month in December, January, and February in Union City, CA. Meanwhile, it hardly rains at all in June, July, August, and September. There are some window materials that can’t get wet for up to 24 hours after window installation. So if possible, pick a time to do window installation when there’s little chance of rain.

Consider installing new windows at a time when window installers aren’t too busy.

Most window installers have their busy times of the year. In Union City, CA, homeowners tend to call on installers more often in May and September than they do at other times of the year. If you don’t mind having your windows installed during the dead of winter or the height of summer, you might be able to swing a good deal on new windows. That being said, you might face certain challenges if you decide to install windows during a rainy month or a month that’s very hot or cold. But the slight complications could be worth the savings you’ll experience.

If you’re trying to pick the right time to do window installation in Union City, CA, let R&M Quality Windows & Doors make the decision easier for you. We can tell you all about the best times of year to install new windows in your home. Call us at (510) 796-0100 for all your window needs or stop by and chat with us at 5588 Central Ave #A, Newark, CA 94560.